Your Name in Bright Lights 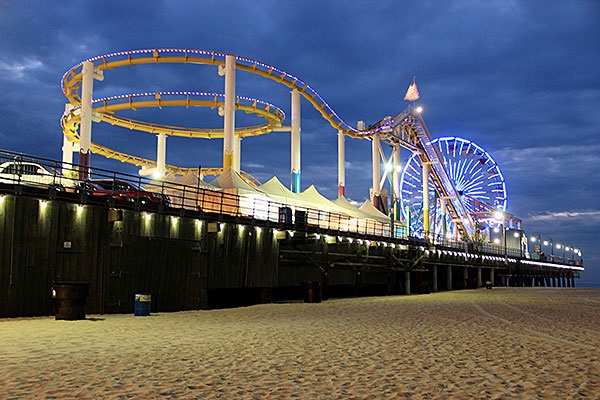 So, you’ve thought about those pretty pastels your mum would like, you’ve looked into the destination wedding your mother-in-law is hinting you should have and you’ve ruled out the football themed wedding the best man suggested… in jest… you hope.

You’d like something classic, but also something fun with a lot of character. Ideally, you’d also like to keep it in the UK, so that everyone can attend. What do you do?

Whether you’re considering a vintage themed wedding around New Year or an outdoor wedding that evokes the set of The Great Gatsby, we think we’ve found the answer to your woes in lighting company, Carousel Lights. So, don your sunnies and get ready for some bright lights illuminating the names of you and your loved one!

If you have enough money (or connections) to hire a fairground, you’re sorted. But, in the event that this should not be the case, there is an option to bring your wedding to life with exciting lighting inspired by your favourite childhood pastime. The Wedding Planner interviewed Carousel Lights to find out the options at hand…

How did Carousel Lights get going?

We decided to start Carousel Lights after another joint trip to Lincolnshire’s Boston May Fair back in 2012; a fair that Ben and Rebecca have been going to every year since they were in pushchairs, and which Dan started going to when all three of us first met.

It stirred up such fond childhood memories of ‘the fair’ and really got our creative juices flowing. The exhilarating atmosphere, electrifying sounds and the evocative smell of candyfloss was captivating. It was the thrilling rides and the enchanting bright lights that really got us talking though!

And so the spell was cast… we just couldn’t stop thinking about recapturing and sharing that magic. Without further ado, three professionals with expertise in engineering, event production and marketing developed in organisations such as British Airways, Imagination and the BBC, threw in the corporate towel and started Carousel Lights.

Ever since our trip to the fair we’ve been delving into the rich heritage of funfairs, exploring the evolution of fairground rides and uncovering what and whom influenced their design. Along the way, we’ve also rediscovered how much fun bumper cars are!

Were you always aiming to enter the wedding market?

Our original intention was to produce lights for people’s homes, but we soon realised we could produce some really eye-catching pieces for parties. It was then a very natural progression for us to enter the wedding market, as we can produce such personal and bespoke lights that would be the most eye-catching thing you can imagine at your wedding.

We can produce the bride and groom’s initials in fairground lighting mounted on either a vintage rust metal (which we call “Helter Skelter” style due to their original location on seaside piers), or we can create something more modern with beautiful steel.

We can even produce neon in someone’s own handwriting. Whilst this style called “Dodgem” is available in a range of letters or shapes (such as a loveheart), someone could write ‘I love you’ or ‘Just married’ and we’d produce it in neon.

The “Dodgem” style – soon to be added to our website – creates the perfect, eye-catching backdrop for breakfast lunch, speeches and then photographs! These pieces act as a very affordable and personal keepsake of a bride and groom’s big day.

What makes you stand out from the crowd?

We’re totally unique and we can do anything anyone wants (within reason). We have a range of products easily available for those who want to choose their style (Waltzer anyone?) and shape (perhaps a heart) or we produce custom pieces which are absolute one-offs and that just depend on how imaginative people are. With a bit of guidance on what people like, we can come up with pretty much anything. Our current range of styles at this stage include:

It was in 1906 that the first ‘Helter Skelter’ was revealed as the new fairground ride at Blackpool Pleasure Beach. As such, this style draws inspiration from the seaside, using a mixture of salt, water, sun and wind to bring character to the light. The result is a light that looks like it’s taken more than its fair share of battering from the elements, but has somehow stood to tell the tale – and it looks all the better for it.

Developed by the manufacturer Lakin and the showman Charles Thurston in 1933, the ‘Walzer’ made its debut appearance at the height of the Art Deco era. While it maintained several elements associated with more traditional fairground rides, the Waltzer’s form and quality materials were greatly influenced by the era in which the ride was conceived.

Under licence from a US company, Ivan Bennett started manufacturing this show-stopping ride, which debuted in the UK after having made a successful appearance at fairgrounds in Germany. Having held various names overseas (Mexican Hat, Razzle Dazzle & Hully Gully, Trabant), this sleek ride was labelled ‘Satellite’ upon its arrival in the UK.

Satellite Style Light in Letter A

Bright and colourful, the ‘Turbolight’ consists of a 60mm diameter ‘cabochon’ cap – the traditional light covering used on fairground rides and piers across the UK – sitting on a zinc-coated steel base. You’re sure to make a statement with these lights.

Tell us about your target bride? Who is she?

A bride who wants to do something a bit different for her wedding. Her and her significant other want something that people see and tell their friends about when the day has come and gone.

If you could sum up Carousel Lights in 3 words, what would they be?
Fairground-Inspired, Unforgettable, Magical.

What has been your biggest challenge so far?

Producing the lights to the quality we’re happy with at a cost that we think is very affordable. We could have had them made overseas, but we want a tight control on quality, and considering the fact that these lights are rooted in heritage (e.g. we work with the people who wrote the British Safety Standards for fairground rides), it was important to us that we work with British craftsmen.

Any highlights and / or exciting collaborations so far / coming up?
We can’t let the cat out of the bag, but we’ve got some really exciting collaborations in the pipeline. We’re also working on extending the range with a couple of different styles of light, all of which are inspired by iconic fairground rides that we all remember.

I can’t say too much, but one of them is very industrial, whilst the other is based on a ride which was more than likely to scare any riders that were scared of heights!

What can we look forward to, as brides-to-be from Carousel Lights?
We’ll help you make your big day more memorable than you could have imagined, as well as giving you something to make sure the memories of the day don’t die after the last guest has left! 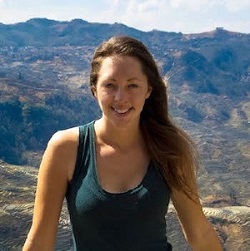